Is this your business?

DO NOT bring your vehicle to Kunza if you plan to have paint protection film installed, they did a very poor job with our Subaru Crosstrek front bumper. Caliber Collision recently repaired and painted our front bumper after someone backed into our car. Caliber contacted Kunza and was told their “Suntek film” would be an exact match for our existimg 3M film on the fenders and hood, KUNZA LIED to Caliber. Kunza is NOT listed as an authorized Suntek PPF installer, so who knows what type of film they are actually using. When I went to pick up our Subaru at Caliber I immediately noticed a texture difference between the 3M and Suntek film. Clarity-wise both films are close as we keep oir vehicles in meticulous condition, but textures (orange peel look) are drastically different. Now, let’s move onto the actual installation. Caliber received excuse after excuse as to why the PPF was not installed properly. “We laser cut the film”, lie, “we used the Suntek/Llumar template”, lie, “no one will see the front bumper mistake because the license plate will cover it”, LIE, we have our plate mounted to our tow hook point, and worst off, Kunza is NOT willing to correct their mistakes. Kunza even had the nerve to charge Caliber $800 for a poorly cut front bumper PPF, Kunza does not take pride in their work! Now with the details of the poor installation: 1. On the front bumper where there is a flat spot to mount the front plate Kunza did NOT cut out the two molded preexisting holes. This was my first clue they did not use the Suntek template as our previous film was cut using the same Suntek/Llumat template but utilized 3M PPF. 2. Same spot, on the front center flat area, on the left side, there is at least a 3/8th inch miscut where the PPF was cut jaggedly and not straight. On the right side of the same spot, the film is cut a touch straighter but again jagged and does not follow the straight line up the protruding area. 3. On the right side of the bumper at the edge of the fender, the film is overlapped at least an 1/8th of an inch over onto the fender. You guessed it, the PPF is already peeling from the bumper and did not adhere to the paint. A respectable installer would have cut the excess film by hand to make the PPF lay flat without lifting. 4. Our greatest regret is that Kunza used a template that was way too short for the bumper. In high impact areas, around the headlights, into the fog light recess, on every edge where there was a rounded edge, Kunza cut the PPF short to make the install easier for them, but, exposing the paint and failing to actually fulfill its purpose, PREVENT ROCK CHIPS! Every millimeter counts with coverage, Kunza took the lazy path. Please see the added photos for all of the failures you should expect to see if Kunza installs your “Suntek” PPF. We have included images of our actual Llumar film cut and applied to our Forester for coverage comparison. After nine-days of failing to correct their mistakes we were told by Caliber Kunza DOES NOT warranty their work, they will not fix their mistakes, and they will not cut the two pre-existing molded holes out in the front bumper, instead we are to wait for the PPF to fail and Caliber will be able to correct the failure. Kunza is not honest, they do not take pride in their work, and they fail to fix their obvious mistakes. Caliber did an outstanding job color matching our car, Kunza made Caliber’s job look mediocre. Avoid Kunza for PPF installations, their templates are short, their installer does not take pride in their product or service, and YOU, the customer are stuck with their poor work because someone else backed into your car.

They wrapped my little Honda and did such an amazing job! I loved how they made my car look. No bubbles or waves everything was very clean and well done. I definitely would recommend this place to anyone and the people there are pretty chill.

Poor quality of work and unprofessionalism. I had asked if they could do some work and was told they could from the owner. Then I had to call 3 hrs later to ask whats taking so long and they told me it might not look good but they could do it. This was the final product. I asked for a refund or to redo it at a fraction if the price but said he would only take off 20$. The owner made errors on the cuts and gave me this horrible tint job with bubbles, gaps, and rips. 0 stars

Update as of 10/12/22, 6 months since my tint job - I do not recommend Kunza, work is mediocre at best - after 3 separate visits and wasting 8 hours of my time, after dealing with creases in my line of sight on the windshield, I had Kunza remove the windshield tint they put on as they WERE NOT able to competently tint it. The two front windows after being re-tinted twice are still plagued with blemishes. This was my first and last time giving business to Kunza which resulted in a complete waste of time, money and aggravation.

Kunza Wrap & Tint broke my mirror and refuse to replace it. Update 6/2 - Kunza did over $1,000+ in damage to my mirrors. Do not go here. I brought my car in to get a rear passenger window tinted and have my mirror caps wrapped and when I returned to pick up my car, I noticed the mirror glass on the left side mirror was broken (see pictures attached) and neither side mirror would adjust up and down. The mirrors were also covered in fingerprints. I pointed this out to the owner Mike, and he seemed to imply that my mirrors were already like that by saying "I noticed that too" see attached text message and at the shop at first asked me if my mirrors were "not already like that?" My mirrors were perfectly fine that morning before I dropped my car off. The owner Mike said he would replace the mirror so I left and took him at his word. Now he is ignoring me and refuses to replace the part. Luckily for me this is a cheap fix I can do on my own and it was never about the cost. There is a trend in many reviews of him refusing to act professionally and fix parts broken by his shop, so I fear that a future customer may incur some costly damage by going here and Kunza will again refuse to cover it. I would advise you not to take your car here if you care about your car and want quality work done and don't want your car damaged. I was a repeat customer but will be taking my car elsewhere and I suggest you do the same. There are plenty of other tint and wrap shops that will perform high quality work and will treat you professionally. 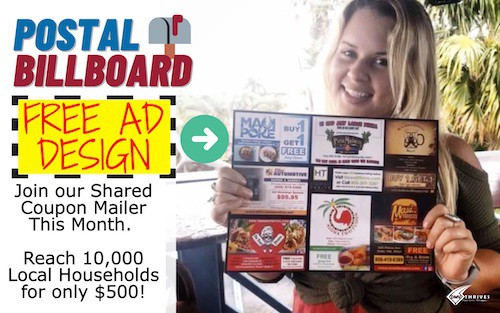 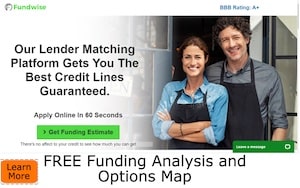 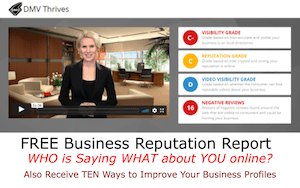 Please Login or Register an Account to Claim Listing

Tell Your Customers You're OPEN FOR BUSINESS!

Let Us Know When We Can Start Helping Your Business Get More Customers.

For more information on our listings, advertising, search and Internet marketing programs, and consulting services, please contact us today!